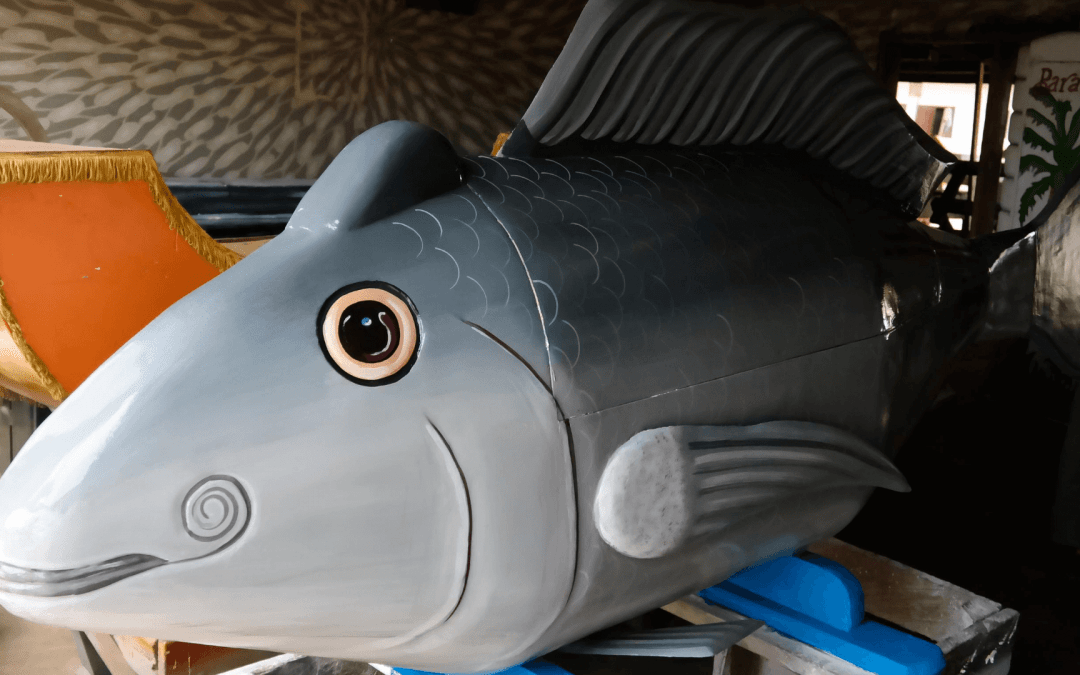 As a traveler in Ghana you are bound to witness a funeral or parts of the funeral rites. Have you wondered how a funeral in Ghana is?
Funerals in Ghana are diverse reflecting the multi-ethnic and multi-religious nature of Ghana. Whiles each ethnic group has a way of organizing funeral and burying the dead, there are some common themes permeating all funerals in Ghana.

In this article, I will shed more light on funerals in Ghana especially among the Asantes (Ashantis). The Asantes are the largest tribe in Ghana and one of the few matrilineal societies in West Africa. The Ashanti King, Asantehene is the political and spiritual head of the Ashantis. The word Ashanti is a British misnomer and Asante, is the correct Twi. Asante literally means “because of wars” (Asa – wars; Nti- because of).

Funerals in Ghana are more than occasions to mourn the dead

Funerals are occasions to mourn the dead. They offer opportunities for families and love ones to also pay last respect to the dead. Funerals in Ghana are more than that. Aside the conventional reasons for funerals, funerals in Ghana is a showcase of the rich traditional culture and arts of Ghana. It is also a social event where all family members including those who have travelled to Western Worlds to seek for ‘greener’ pastures come home. Again, they are also an opportunity to celebrate the life of the dearly departed.

The Beginning of the Funeral Rites Among the Asantes

The head of the family will be informed immediately when somebody dies. of the On the death of a person, the head of the extended family is immediately informed. He (heads of families among the Asantes are predominately males) in turn informs the chief/ ‘odikro’ of the community. The mourners convey the corpse immediately to the morgue amid crying and wailing. The preservation of the body allows the family to plan for the funeral.

One week funeral in Ghana

During the one-week anniversary of the dead, the extended family plans the funeral. They will also communicate the actual date for the funeral to all. Among the items planned include date for the funeral, food, drinks and water for mourners and loved ones, sound systems, casket, plot of land for the grave, among several others.

The caskets used during Ghanaian funerals can be extra ordinary

Caskets can be fanciful; they can be over-the-top but all are for a reason. They often symbolize the dead people’s professions or status in society. Certain shapes, such as a sword or stool coffin, represent regal or priestly insignia with a magical and religious function. These types of coffins are only for people with the appropriate status. Various animals, such as lions, cockerels and crabs can represent clan totems.

The use of such elaborate coffins for funerals is explained by the beliefs of the Asantes regarding the afterlife. They believe that death is not the end and that life continues in the next world in the same way it did on earth. Ancestors are also much more powerful than the living and able to influence their relatives who are still alive. This is why families do everything they can to ensure that a dead person is sympathetic towards them as early as possible. The social status of the deceased depends primarily on the importance, success and usage of an exclusive coffin during a burial.

What happens during a funeral in Asante, Ghana?

Funerals among the Asantes take place from Fridays to Mondays. So almost every weekend in Ghana, there are funerals in various communities. They renovate the matrilineal home of the deceased to provide some social prestige for the dead and the family. To announce the death and the funeral in Ghana they use bill boards and posters including announcements on radio and television.

A funeral in Ashanti, Ghana starts on Friday

On the Friday of the funeral, strong men of the family convey the corpse from the morgue often late at night. After washing(often in hot water), they dress the corps neatly either in ‘kente’ or suits. While they wash and dress the corps amid performing of rituals, mourners and loved ones console themselves by listening to and dancing on music. This is the wake keeping. The activities continue until early morning.

Activities on Saturday during a funeral in Ghana

At the dawn of Saturday, the chief mourner of the deceased flagged by other family members begin to wail and cry. Other mourners join and the whole house gets flooded with tears. If the deceased was a Christian, a pastor of the church congregation will pray. Then the gate will open for all loved once to pass the deceased and pay their last respects. The family may put money, rings, chains, handkerchiefs in the coffin. The belief is that the deceased is embarking on another journey to the world of the ancestors and thus may need money to buy stuff on its way.

Pallbearers have an important role during a funeral in Ghana

Between the hours of 9A.M and 10 A.M GMT, they close the casket. The pallbearers take the coffin to the cemetery where the deceased will be interred.

Carrying of caskets by pallbearers has gained popularity among the Asantes though originally the culture of the Ga people of Ghana. They are exciting and their moves can generate some excitement among the mourners. With moves such as dropping to all-fours and crawling in unison; or lying on their backs, the coffin balanced on top of them, legs moving in time to the music – as though they have been crushed by the casket are some of the moves these pallbearers use to provide entertainment when conveying the corpse to the cemetery. At the cemetery, pastors and family members pray. After that the casket goes into the 6-feet grave.

After burial, the funeral begins at 13:00 GMT. Mourners and loved ones usually dress in black or black and red traditional funeral clothing.
Besides that people also wear the ‘Kente’ cloth, the traditional cloth of the Asantes.
Sound systems are playing traditional songs or traditional drumming and dancing groups are providing entertainment.
The chief mourner and the extended family members sit at the funeral grounds. Usually the funeral grounds are at a parc. Friends and other loved ones who have travelled from far and near greet the mourners.
Cash donations called ‘nsawa’ is given to the family of the deceased to defray the cost of the funerals. Other donations such as bottled or sachet water, drinks, cloth or farm animals may also be donated. In return of the donations, the donors get with food and drinks.

Sundays of a funeral weekend start at church

Mondays are for calculating

On Monday, the matrilineal family of the deceased gather in the family house to render accounts of all the expenses and donations that accrued to the funeral.
When ‘profit’ is made, it is either used to take care of the nuclear family left behind by the deceased or put into the coffers of the family for any future emergencies.
Sometimes there is a ‘loss’. The chief mourners and other well-to-do family members share the ‘loss’. After this all depart to their various places they had come from for the funeral.

One Year After Death

In the Asante tradition, one year after death marks a significant milestone. A one year anniversary is held (not same size as the funeral). The grave of the dead is neatly dressed sometimes including building a whole room to cover the grave. A libation is poured at the graveside to outdoor the tomb. It’s at the one year anniversary that the will (if any) of the deceased is read to the whole family. Someone is then chosen to inherit the deceased.

They generally involve whole communities who gather at these events to perform appropriate rites which help to strengthen the bond between the living and the dead.
Lot’s of Ghanaians belief that the dceased can not join the ancestral spirits unless there was a proper performing of rites and ceremony.
Thus, great satisfaction is derived from the performance of these funeral rites.

This was another blog from our guestblogger Assan Dickson

Assan is a Finance Analyst, a Researcher and Teacher. He has passion for financial literacy  education and has spent the last few years assisting NGOs promoting financial literacy and inclusion.
He is a Pan-Africanist and has volunteered for several black movements.
Assan is a Father and preaches on his spare time.

Assan wrote a very interesting article on volunteering and picture taking, click here to read it.

If you want to know more about what Moon&Star guesthouse has to offer for you, check out the rest of our website!

Want to stay updated on Moon&Star guesthouse and our blogs, fill out the form!

We use cookies to ensure that we give you the best experience on our website. If you continue to use this site we will assume that you are happy with it.Ok